Back Home » Blog » Made in Manchester: Healthcare Tech

Made in Manchester: Healthcare Tech

Made in Manchester: Healthcare Tech

According to our research the largest area of innovation in healthcare technology is wearable technology.  Wearable technology is generally any form electronic device that is worn by a user.  More specifically in the area of healthcare technology, wearable electronics are those that are used to collect data about a user’s health or performance.  Watches such as those from Apple and Fitbit are probably the best known types of wearable device.  Initially these devices recorded only basic data such as step counts and heart rate.  More recent devices have become more akin to diagnostic equipment in that they can provide blood pressure and ECG measurement amongst other functionality.  However, we now see an increasing trend for wearable electronics to be integrated into clothing, particularly sports clothing, to be worn during exercise and which contains electronics to measure the user’s performance.  Performance metrics can include heart and breathing rate to body temperature.  Manchester-based Prevayl Limited is a holder of numerous patent applications for this technology, alongside registered designs and trademarks.  Having such a significant IP portfolio allows a company to compete on the global stage alongside household names.  A patent protects the functionality behind an innovation whilst a registered design protects the appearance of a design i.e. the aesthetic qualities of the design.

Alongside the commercial sector, Manchester has a world-leading academic sector, including Manchester University, which feature as significant patent applicant for medical technology.  Recently innovations arising from the University include pharmaceutical compositions, biotechnology inventions and medical diagnosis techniques, which can be used for diagnosing and treating vision-affecting conditions such as age-related macular degeneration (AMD) commonly affecting people in their 50s and 60s.  Protecting innovations arising from academic research universities and other academic institutions enables a transfer of technology from the academic to the industrial sector such as via licensing (allowing a company to work under the patent) or to help create a spin-out company.  In this way, universities are able to increase their social and economic impact using IP.

Manchester is also home to a number of science parks, which play home to a number of SMEs in the healthcare sector, including Phagenesis Limited, a medical device company working on a treatment for dysphagia.  Dysphagia is the inability to swallow safely, which can be experiences by up to 50% of stroke patients among other diseases.  Phagenesis, based on the Manchester Science Park, is the owner of patent applications and granted patents relating to using electrical stimulation to improve a patient’s swallowing control.   With such medical equipment, however, the IP doesn’t just protect electrical aspects of the technology, but also related mechanical features and accessories such as, in this case, catheters and garment clips for use with the treatment equipment.  To achieve optimum protection, any IP strategy should include protection not just for ‘core’ aspects, but support around the core technology.

Finally, it should be remembered that use of IP is not restricted to companies and academic institutions.  Our research also identified patent applications for healthcare technology in the name of individuals, which demonstrates that IP can help all kinds of applicants punch above their weight by protecting innovation.

Chris is a Partner and Head of the HGF’s Electronics Group. He has an academic background which enables him to work with world-leading inventors. In particular, Chris advises on the patentability of software-based inventions. He represents a full spectrum of clients from multinational companies to start-ups and academic institutions. 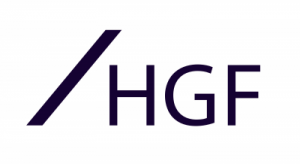