At the start of a  New Year people are usually filled with hope and enthusiasm as to what the prospects will be.  The turn of 2020 into 2021 has been widely anticipated in only one way – that it brought the end of 2020!

2020 has been a year full of pain and suffering for those families who have been subject to severe illness or sadly, to the loss of loved ones, full of concern for businesses who have struggled and full of fear for what the immediate future might hold.

Whilst the picture painted by the Government and in the press has been laden with concern, for some there will be a positive spin. Dentistry as a profession has not suffered as badly as was first expected.  It is perhaps worth paring down further by dealing with the NHS profession, the private profession and finally the profession as a whole going forward.

I would first preface this by re-emphasising the fact that when dental practices were ordered to close by the Government on 23rd March 2020 and not allowed to re-open until 8th June 2020, this was a decision that was supported by the Care Quality Commission (CQC) and was heavily criticised. The decision of whether to remain open or close should have been yours to make and not imposed on you.

Following the decision to close down NHS dentistry in March 2020, the Chief Dental Officer acted quickly to reassure those of you who are NHS contract holders that you would continue to receive one-twelfth GDS contract payments each month on the condition that you;

Whilst the vast majority of Principals did comply, some did not heed the guidelines. This led to a backlash from Associate Dentists who were either paid a fraction of their expected pay or in some cases, not paid at all.

Some Principals were deducting monies from associates, even though practices were closed and overheads had reduced significantly. It seemed to be the case that a 20% deduction was commonplace, this figure having been applied in Wales.  At that time, NHS England had not decided on any abatement figures.

The Net Pensionable Earnings Entitlement (NPEE) is the basis for associate pay, and any abatement is accounted for within that. The British Dental Association (BDA) received a large number of enquiries from associates finding themselves in a parlous financial state as a result.

It was not until 13th July 2020 that the Chief Dental Officer issued further guidelines which included;

Failure to abide by the provisions could have led to action being taken by NHS England, which might have resulted in a practice being placed back into the Unit of Dental Activity (UDA) system and face ultimate financial disaster as there was no possibility of contract targets being met in the 2020-21 year

It was announced at the time that the 20% figure would not remain in place for the duration of the current NHS year and whilst some in the profession believed that there would be a rise to 40% patient care activity, it was not until 22nd December 2020 that the CDO announced a further, more complex set of rules which required “a safe and reasonable contractual arrangement from 1st January 2021 to 31st March 2021 whereby practices would deliver 45% of contracted UDAs” (BDA.org, 2020) during that period together with detailed mathematical calculations to enable practices to work out their performance levels.

These revised guidelines were issued at a time when the current, mutated strain of the COVID-19 virus was already a serious worry.  Almost the whole of England was already in Tier4 by then, with the likelihood, now a reality, that another lockdown would be imposed on us.

This has prompted much concern in the profession and, Dave Cottam, Chair of the General Dental Practice Committee has written to the Secretary of State for Health and Social Care asking him to abandon the new target in light of the many implications that will be placed on dental practice as a result.

Sadly, the same level of support was not offered to private practitioners.. and to find a voice, the British Association of Private Dentistry (BAPD) was formed.

Private practices have suffered much the same as NHS practices in that they had to close and income was affected.  We are aware that those practices that have capitation schemes continued to receive monthly payments and hopefully that has enabled them to pay their staff as before.

Private practices, much like any other businesses, could call on the Coronavirus Business Interruption Loan Scheme (CBILS) and Bounce Back Loan Scheme (BBLS) that were made available, but the eligibility criteria meant that many, if not the majority of private practitioners fell outside the remit of these schemes.

The state of the health of the country and the economic implications that has brought has had an impact – as the available finances of many patients have reduced, private dentistry has suffered.  However, conversely, there are those who instead of spending on holidays, for example, have swapped from the NHS to private dentistry to receive treatment

It is fair to say that one of the impacts of COVID-19 albeit unintentionally, has been the widening of the divide between the NHS and Private dentistry.

How has this affected the profession as a whole?

We have a profession which has become more fissured than it already was. Those within NHS dentistry may have felt more cosseted by the original proposals but are now being expected to achieve what is now, in the current climate, clearly not achievable.

The Government should make a U-turn on the latest provisions, as not to do so will lead to major financial difficulty both for NHS practitioners.

The UDA system as we know it needs to be overhauled and a “root and branch” analysis as to how the system can go forward needs to be undertaken. Perhaps a combination of UDA and capitation is the answer. Perhaps not.

Private dentistry which clearly did not have a voice, now needs an audience and its practitioners need as much support as their NHS colleagues. How this is achieved is not for this article but it is clear that an agenda has to be set going forward.

The consequences of the above for practitioners will be as follows;

The market for practice acquisition has not been impeded as first thought by the upheaval of COVID-19. Practice values in the NHS sector have held up, whilst in the private sector, they have dropped a little. The continued appetite for practice ownership has resulted in the demand for dental practices outstripping the number of available businesses, which will lead to prices being driven up.

The banks have taken a more cautious approach since COVID-19 and are now requesting accounts up to March 23rd 2020 and a second set of figures from 8th June 2020 onwards.  Whether they choose to request management information in the “closed” period is a matter that is not for now. However, the message is clear.  The banks are still keen to lend to the profession.

The landscape has markedly changed.  How goodwill and performance are looked at will be impacted by the events of 2020 and into 2021 and when it comes to buying and/or selling a practice, your solicitor will need to look carefully at the period from 23rd March 2020 onwards when undertaking their due diligence and drafting the Sale and Purchase Agreement.

It has become even more important to have advisers on your side who understand the profession and can look after your best interests. That includes dental accountants, financial advisers, banks as well as solicitors.

We all understand your situation and cannot stress the importance of working as a team to achieve whatever aims that you have.

These are changing times for us all.  As professional advisers, we need to be alert to the issues that are now facing practitioners in this “new world”.

If you have a matter that you would like or need to discuss please contact Jonathan Jacobs, Head of Healthcare on 0161 792 8142 or 07776 132339 or by email on jonathan.jacobs@prosperitylaw.com 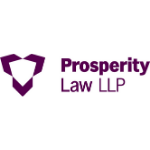