Andy Burnham in at start and finish of Manchester Tech Week

Andy Burnham, Mayor, Greater Manchester Combined Authority has been confirmed to speak at both Digital Transformation EXPO (DTX) and Connected North 2022,  two out of the  three major anchor shows making up the inaugural Manchester Tech Week from 25th-29th April.

Andy believes connectivity is a basic human right and is a passionate advocate for Greater Manchester supporting the region’s progress in the start-up space, tackling digital exclusion and using tech to improve public services.

He will then give a closing keynote at Digital Transformation EXPO (DTX) show at the end of the week focusing on what’s next on Greater Manchester’s journey as a leading hub for innovation, technology and collaboration.

Mayor of Greater Manchester, Andy Burnham said: “In Greater Manchester we have the fastest growing digital economy in Europe which contributes over £5BN a year to our region. We are also making strides to becoming recognised as a world leading digital city-region and are taking our position as an internationally recognised centre of digital innovation, research and practice.

“I’m looking forward to speaking at Digital Transformation EXPO (DTX) Manchester. DTX Manchester showcases the latest technologies and insights from world leading experts and we are proud to host it in Manchester.”

Andy will follow a series of compelling afternoon sessions on day two at DTX starting with TechUK and Manchester Metropolitan University sharing a new approach to closing the digital skills gap and addressing the talent tech shortage.

Infinity Works and AstraZeneca will be looking at how to build soft skills for hard times and drive change as inclusive leaders.

Graham Donoghue, CEO of Sykes Cottages, will be discussing what it takes to be a great leader in tech and level up yourself, your company and your community.

James McGough, MD of Imago Techmedia, the organisers behind Manchester Tech Week, said Andy Burnham’s support was invaluable. “Real progress in digital transformation – whatever that looks like for local authorities, companies or individuals –  is driven by those who use their voice to stimulate debate and change. Andy is that person, an influential advocate for the city, the North as a whole, and a supporter of tech communities who have vital role to play in all our futures.”

Dominic Beresford-Webb from Connected North agreed, emphasising the significance of city leaders heading up the digital debate: “Andy’s passion for digital equality and his participation in the launch of Connected North highlights the importance for the North of the UK to have its own digital economy forum to address crucial regional issues on Levelling Up, inward investment, and tackling the digital divide.”

Manchester Tech Week 2022 is the North’s biggest ever digital transformation event which will also feature the launch of Unified Communications EXPO (UCX).

Aimed at ‘powering the northern tech revolution’ it will help IT leaders tackle major tech challenges with a focus on network and infrastructure, cloud, cyber, unified comms, data and AI, digital culture, skills and hybrid working.

For more information on Manchester Tech Week 2022 and register to attend for free click here. 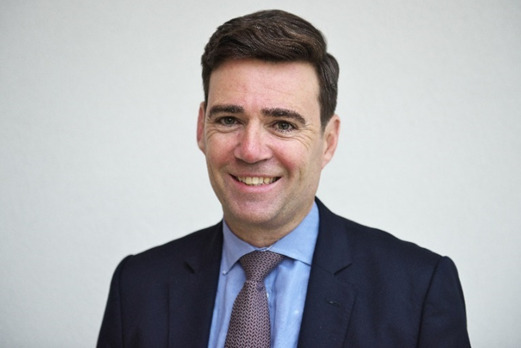