Brewin Dolphin Manchester are doing the Three Peaks Cycling Challenge for The Mayor of Greater Manchester’s Charity because they want to help reduce homelessness in Manchester.

*Having hit their initial target of £5000 they have now increased their target to £10,000. The target is equivalent to funding the 300 beds provided within the ‘A Bed Every Night’ initiative for one night.*

As you walk through Manchester you will notice what a vibrant and diverse city it is, as well as being one of the fastest growing cities in Europe. However, there is a growing problem that often gets overlooked and that is homelessness. You struggle to walk down any street in Manchester without seeing someone rough sleeping. This just should not be the case.

Brewin Dolphin have decided to do something to help with a sporting challenge. A team of six will be cycling the National Three Peaks. This involves climbing Snowdon, Scafell Pike and Ben Nevis, but rather than the more usual drive between each peak, they will be cycling the 430 miles in between. They will however be joined by a team of walkers, taking the more traditional approach. Undoubtedly, for both there will be much sweat, pain and maybe, some tears.

Brewin Dolphin Manchester are doing this to raise money for The Greater Manchester Mayor’s Homelessness Fund. The fund was set up by Andy Burnham in 2017 with the aim of ending rough sleeping by 2020. The fund supports frontline projects which include:

The fund has made big inroads into ending homelessness but there is still much more to be done and Brewin Dolphin Manchester need your help to do it. Please donate as much as you can. No one deserves to be sleeping rough. 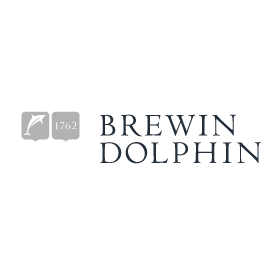