DWF, the global legal business, advised on 68 transactions with a combined value totaling £1.5bn in the six months to 31 October 2019, demonstrating the continuing strength of deal flow in its key business sectors.

Despite significant headwinds both at home and globally, DWF advised on 68 corporate deals in the first half of the financial year, compared with 61 deals a year earlier. The number of deals demonstrates the resilience of the markets within which DWF operates, especially since the overall UK market is 12% down this year compared with 2018 and the third quarter being the quietest deal period since 2010 and with deal values in the UK at its lowest since 2003.

Technology remained DWF’s most active business sector with 20 deals advised on but there was also a marked increase in the number of deals completed in the Energy and Industrials sector. In fact, over the medium term the number of deals in Energy and Industrials that DWF advised on doubled compared with six months earlier, suggesting many businesses continued to take a defensive posture seeking scale and diversification due to ongoing global economic uncertainty due to Brexit and the continuing US/China trade dispute.

Private Equity (PE) firms have also been very active in the first half of the year suggesting PE firms remain keen to deploy their estimated $1.2trillion of dry powder.  DWF saw significant and consistent activity from PE clients in the period. Among those DWF have acted for have been Aurelius, BGF, H.I.G. Capital, Inflexion, LDC, LivingBridge, NorthEdge, NVM, Palatine, Prefequity and Sovereign. This demonstrates DWF’s national and international PE coverage and strength.

The activity of PE firms in the past six months has helped to mitigate the muted activity on the public markets, which have experienced a challenging year, let alone six months, as a result of the political and economic uncertainty in 2019.

Activity in public markets has coalesced around mergers and acquisitions (M&A), with the acquisition of Murgitroyd Group plc by Sovereign Capital Partners and the disposal of Lambert Smith Hampton Limited by Countrywide Group plc, among examples that DWF has advised on.

The change in market dynamics has been so marked that M&A activity represented 74% of all deals undertaken in the first half compared to 59% in the previous full financial year. Over the same period, DWF has also experienced a more than 35% increase in international deals further demonstrating the strength of our international experience and growing coverage.

Over the next six months, DWF expects this trend to continue with public market and international M&A looking strong into 2020 with many deals in the pipeline. There is a general consensus that the IPO market will return in the coming year with the pent up demand from companies wishing to come to the market.

“In 2018, DWF’s corporate team celebrated a record-breaking half year completing 61 deals in the six months to the end of October. So given the current economic headwinds, both at home and internationally, the business has demonstrated remarkable resilience in beating the number of deals in that record-breaking six months again in our first half this year.

“Given global trade tensions it is even more remarkable that there has been a 35% increase in the international deals the team have been involved with and this reflects our increasing global reach and the hard work and expertise the team puts into understanding and delivering on our clients’ commercial goals.” 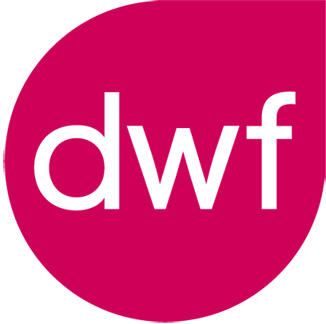 Bruntwood Works has been given the go-ahead for a new, purpose-built office space at Booths Park in Knutsford. Booths Park […]