The national awards are some of the most sought after within the billing sector.

Vanessa Worsley, Head of Finance at FourNet, said the accolade was shared by the entire finance team and the wider FourNet family, and was recognition for several specific initiatives which had been developed during testing times for the sector and the wider UK economy.

Worsley said: “Due to the COVID pandemic the finance team have done some pioneering work which has not only been recognised by this award but also by our large high-profile customer base – for instance NHS Trusts & blue light services.”

Richard Pennington, FourNet’s CEO, said: “This is an important win for our talented Finance Team and they deserve this national recognition, particularly for the innovative work with Union Street to improve the platform.”

Worsley added: “Billing is a key part of any company’s finance department. Within the channel industry there is a clear shortage of billing expertise. FourNet acknowledges this and appreciates and supports this niche skill set. I’m fortunate to have a team who continue to bring fresh ideas and drive change into this fast-growing sector.”

Amir Hussain, FourNet’s billing manager said: “I feel privileged that we’ve won this prestigious award. We see it as recognition for completing multiple projects with Union Street. These include an out-of-hours Union Street service desk team and also our recommendations and input on Ability web migration.”

Commenting on FourNet’s victory at the awards, Vincent Disneur, Managing Director of Union Street, said: “Fournet is a longstanding and highly valued partner of Union Street. The expertise of its billing team is exceptional, as is their commitment to best practice in this crucial area of service delivery.

“The company’s growth in revenue has been nothing short of spectacular, as evidenced by this award. Clearly FourNet is serving its clients well, providing excellent value and consultancy in the provision of ICT services.” 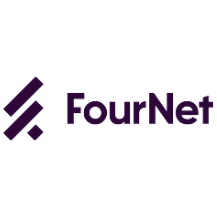 Manchester Central and Sterling Event Group have teamed up to launch “Live from the Auditorium”, a virtual event solution that […]
Read Article
x
Join pro-manchester