Last week Greater Manchester launched two major public consultations to get a wide range of views on the city-region’s plans to reduce harmful air pollution on local roads and to introduce minimum standards for all taxis and private hire services licensed in the region.

People and businesses across the region and beyond are being invited to help shape the final plans by taking part in the consultations, which run until 23:59 on Thursday 3 December 2020.

People can find out more and give their views at cleanairgm.com and gmtaxistandards.com, or request further support, including copies of consultation documentations, on 0161 244 1100. Both websites will host a virtual engagement space open 24/7 for the next eight weeks given government guidance around social distancing.

cleanairgm.com will also host webinars for businesses and taxi operators, as well as live chat drop-in sessions so people can find out more and ask questions about the proposals.

Government has directed Greater Manchester to introduce a Category C Clean Air Zone (CAZ) across the region, to bring nitrogen dioxide (NO2) levels on local roads within legal limits in the shortest time possible.

The clean air consultation will ask for views on key elements of the Zone including its proposed boundary, daily charges, discounts and exemptions, and the funding packages to support local businesses to upgrade to cleaner vehicles.

Government has already awarded Greater Manchester £41m initial funding and leaders are seeking more than £100m further funding, alongside a £10m ‘Hardship fund’ to support those considered most vulnerable to the financial impacts of the CAZ.

The purpose of the CAZ is to improve air quality by encouraging drivers to upgrade to a cleaner vehicle. Non-compliant vehicles would start paying the proposed daily charge when the Zone launches (expected in spring 2022), with the exception of vans and minibuses which will start paying in 2023.

Find out more at cleanairgm.com. 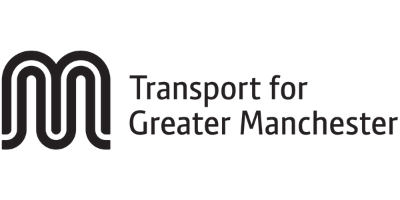 https://youtu.be/uS7jczCgXu8 Following on from the success of the launch of @HOME by The Lowry Hotel in September the menu for […]
Read Article
x
Join pro-manchester