Specialist finance company Together has today announced its latest results – and revealed its loan book has reached a record £4.8billion.

The group, which provides personal and commercial finance across mainland UK, maintained its strong momentum with new lending up 17.4 % on the previous quarter to £234.7million.

A spokesperson said the group remains robustly profitable and cash generative, with underlying profit before tax of £37.6m and cash receipts of £456m during the quarter.

Gerald Grimes, Group CEO Designate at Together, said: “We continued to shape our business for the future, delivering further improvements to our systems and to the experience for our customers and intermediaries.”

Earlier this year the group, which employs more than 700 staff and has its headquarters in Cheadle, Stockport, launched a dedicated taskforce in partnership with regulated housing associations to help ease the UK’s shortage of available homes. Led by Alex Bodie, the lender’s newly appointed Head of Social Housing, the initiative won a coveted award for innovation in the SME financing sector.

Mr Grimes said the group has increased the “scale, diversity and maturity” of its funding to support its future growth plans since December, including raising or refinancing over £1.95bn.

He added: “The UK’s economic outlook has become more uncertain as global supply chain disruption and increasing energy and non-energy inflation, intensified by the war in Ukraine, have led to a tightening of monetary policy and rising interest rates. Despite the economic uncertainty, with a strong track record, a clear purpose and strong diversified funding, Together remains well placed to help increasing numbers of customers realise their ambitions and to play our part in supporting the UK economy.” 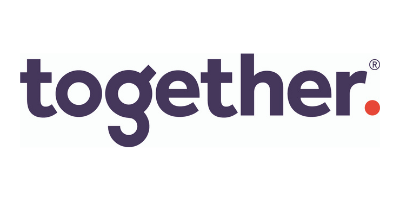 Join our Department of Strategy, Enterprise and Sustainability for a one-day festival celebrating sustainability!