Martin Beck, chief economic advisor to the EY ITEM Club, says: “Public sector net borrowing came in at £17.4bn in November, £4.9bn lower than a year earlier, but £3.2bn above the OBR’s forecast. The large undershoot relative to last year was because that month of 2020 was spent under lockdown conditions in England, which greatly flatters the comparison. The disappointment relative to the OBR’s forecast was largely due to higher government spending, particularly on debt interest payments, which has been caused by the rise in inflation over the past few months.

“November’s outturn meant that over the first eight months of fiscal year 2021-2022 borrowing was £136.0bn. Following some large downward revisions to previous months, this was £7.1bn lower than the OBR’s forecast of £143.1bn. However, given the prospect of a slowdown in activity around the turn of the year, caused by the rise in COVID-19 cases, and the likelihood that inflation will rise further over the next few months, the EY ITEM Club thinks it unlikely that borrowing will come in below the OBR’s full-year forecast of £183bn. Indeed, that forecast might prove to be on the low side.

“But what really matters in terms of the fiscal stance is the medium-term outlook, and in that respect the OBR’s forecast looks pretty cautious. So, the EY ITEM Club continues to think there is a good chance that the OBR’s forecasts for borrowing are lowered over time, offering the Chancellor enough leeway to loosen the fiscal stance should he wish to – probably via tax cuts – ahead of the next election.” 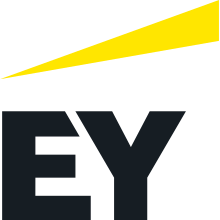 Manchester Central’s final podcast episode of the year has launched today, recapping on the highlights of the events industry and […]
Read Article
x
Join pro-manchester