Levelling Up – What, Why, How?

At this Vital Topics event we will be joined by Andy Haldane, Chief Executive of the Royal Society for Arts, who will discuss levelling up.

Andy will be exploring levelling up in this Vital Topics lecture.

Levelling up – where next?
Published in February 2022, the Levelling Up in the United Kingdom white paper sets out a plan of action to spread opportunity more equally across the UK.

In September 2021, RSA Chief Executive Andy Haldane was appointed by the Prime Minister to define and develop the flagship national levelling up strategy – a decade-long moral, social and economic cross-government, cross society programme to spread opportunity and prosperity to all parts of the UK.

In this event, Andy Haldane explores how the White Paper’s ambitious vision and 12 national levelling up missions can now be made a reality in towns and cities in every part of the UK, by 2030.

Andy Haldane
During his 30 years at the Bank of England, Andy has become a leading expert on monetary and financial stability as one of Britain’s most influential economists and served as a member on the Financial Policy Committee and Monetary Policy Committee. He was Permanent Secretary for Levelling Up at the Cabinet Office from September 2021 to March 2022.

He stepped down from this role in 2021 to join the Royal Society for Arts, Manufactures and Commerce (RSA) as Chief Executive.

In addition to his contribution to the Bank of England, Andy has led HM Government’s Industrial Strategy Council and in 2009 co-founded Pro Bono Economics, a charity dedicated to using economics to empower the social sector. He was named one of the 100 most influential people in the world by TIME magazine in 2014 and among other positions, is a Fellow of the Royal Society and the Academy of Social Sciences and Governor of the National Institute of Economic and Social Research.

This event will be facilitated by Luke Georghiou, Deputy President and Deputy Vice-Chancellor at the University of Manchester and Professor of Science and Technology Policy and Management in the Manchester Institute of Innovation Research at Alliance Manchester Business School.

There will be refreshments served before the lecture from 2:30pm, and drinks, canapes and networking afterwards.

Sponsored by DWF, Vital Topics is Alliance MBS’ series of prestigious business lectures, bringing powerful ideas and original thinking to audiences from the Manchester city-region and beyond. 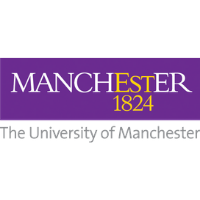 Divorce and Narcissism: the Johnny Depp and Amber Heard trial