A major new study on the health and outlook of the UK’s science and technology economy has forecasted the creation of 365,000 new jobs by 2050 because of the UK’s transition to Net Zero – more than in any other industry (65% of the total).

The Market Spotlight report, from Bruntwood SciTech, estimated the economic benefits from this growth in the science and technology sectors would be worth £35bn to UK GVA by 2050, which is the UK’s statutory target year to become Net Zero, and £10.9bn over the 2020’s.

The benefits are also set to disproportionately affect the North of England in a boost to the government’s Levelling Up agenda.

England’s North West will see 47,000 new roles created in the science and tech industries by 2050 supporting the country’s Net Zero transition – the most of any UK region – while the North East of England will see its economy grow by 6.5% as a share of its current output, the largest increase anywhere.

The regional economies of Yorkshire and the West Midlands would see similarly large increases as a percentage of their current value – 4% – as would the North West and South West at 3.5%.  London’s economy is set to grow the most in absolute terms (£3.94bn)

The report also offered a more tempered analysis of the total economic potential of the country’s 2050 Net Zero transition than government estimates, projecting 1m new roles over the next three decades compared to 2m by 2030.

Commenting on the findings, Chris Oglesby, executive chair at Bruntwood SciTech, said: “The future of the UK economy will be driven by our science and technology sectors and their role in supporting the transition to Net Zero.

“The fact that most new jobs and growth created by this journey will have a greater impact on the regions outside of London and the South East is important given the need to replace the carbon intensive legacy industries, much of which is based in areas like the North, Midlands, Scotland and Wales.

“But these new jobs, that will be created over almost 30 years, are only a fraction of what the science and technology sectors can generate for the UK in 12 months alone, most of which still falls within the same pockets in South Eastern England.”

Other highlights from the report include:

–       Property lettings and investment activity has cooled after a busy 2020 (678,000 sq ft of lettings in Q3 2021 vs. 1m sq ft quarterly average in 2020) but the market is dominated by secondary accommodation and specialist lab spaces in key cities such as Cambridge suggests a greater opportunity for new development of new, high-quality space

–       58% of all private equity and venture capital transactions in the UK were in science and technology last year, up from 34% in 2018; deals in biotech increased by 96% over the same period.

–       Only 10% of funding deals in 2020 were at the early stage of the business cycle, suggesting start-ups and scale-ups need greater access to investment capital.

Oglesby continued: “The science and tech industries feed off a highly skilled workforce with a greater proportion of degree level or above qualifications than other sectors in the economy. It is here that we need to do more to enhance the strength of the UK’s regions, which are home to world class academic and clinical institutions, and to improve access to the sector through apprenticeship opportunities.

“This is already happening in pockets, but our research suggests that we can clearly do more. We hope that the government recognises the critical role the science and technology sector have to play in supporting the ‘Levelling Up’ of the economy in its long-awaited strategy.

“It needs to back the regions with more infrastructure, increased access to seed capital and other sources of business funding and grant them greater powers to create place-based innovation strategies, which are needed to help them capitalise on the unique economic dynamism of science and technology.”

The research was conducted by Development Economics on behalf of Bruntwood SciTech – a joint venture between Legal & General and regional property company, Bruntwood.

A full copy of the report is available for download here. 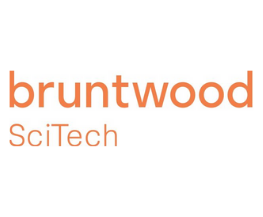