Wythenshawe was recently thrust into the national spotlight when Manchester United striker Marcus Rashford, who grew up in the south Manchester suburb, persuaded the government to make a U-turn on free school meals.

Chris Eaton, the new owner and chairman of beloved local club Wythenshawe Town FC – ‘or Wythy Town’, as it’s affectionately referred to by fans – is determined to keep this momentum going for the town, as he aims to raise the profile of both his team and the local community through a strategic communications campaign.

The non-League club has appointed PR agency Roland Dransfield to deliver a communications and engagement strategy which will support the ambitious growth plans set out by the club’s new ownership.

The campaign will drive membership and engage with the local community; support on further development and investment for the club; and support it on its journey to reach the English Football League, a goal recently outlined by Chris.

Wythenshawe Town is owned by the OTE group, in which entrepreneur Chris has a 75 per cent interest with business partners Adam Tarling and Chris O’Donovan co-owners.

“Being appointed on an account like Wythenshawe Town, however, is incredibly exciting for us. It’s brilliant to see first-hand the passion for and fierce loyalty to the club from players, fans, and the teams, led by Chris, who drive it forward. It’s a special kind of spiritedness which is very potent amongst smaller clubs like WTFC.

“We’re really looking forward to helping support Chris and the team in their goals to grow their presence and reach the ambitious targets they’ve set, whilst supporting grassroots sports.”

Chris Eaton added: “We needed an agency who could match our enthusiasm and drive, and it was clear that Roland Dransfield had a fire in their bellies that would help us achieve what we’ve set out to do.

“The team’s knowledge of the sports sector has a depth to it which is unmatched when compared to other agencies in the region. I have no doubt that we’ll do some great work together.”

The club recently revealed that it has secured planning permission to build The Townhouse, a hospitality suite available on match days and for community use. A 3G pitch and academy at their Ericstan Park ground are also part of community plans to help regenerate Baguley and beyond.

Roland Dransfield was founded in 1996 by Lisa Morton, who still leads the business today as CEO. The agency has offices in Manchester and London. 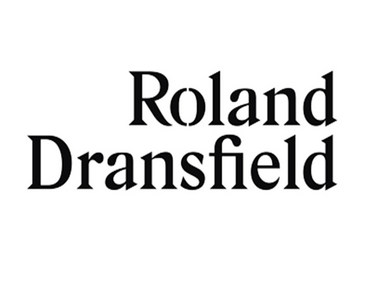 Latest Government Grant Scheme- Light At the End of the Tunnel on State Aid Restrictions?