Financial services firm Together has announced its return to pre-pandemic lending levels as it reveals it full year results.

The group, which provides secured loans for businesses and individuals and is based in Cheadle, Greater Manchester, today said lending in the second half of the financial year to 30 June 2021 was up nearly 131% on the first half.

Average monthly originations increased from £59 million in the first half of the year to £136.2 million in the second half, reaching £190.3million for the month of June – the group’s highest monthly lending since the start of the first lockdown.

This contributed to Together delivering a pre-tax profit of £149.7million and receiving annual cash receipts of £1.7billion in the year, taking its overall loan book to £4billion.

Gerald Grimes, Group CEO Designate at Together, said: “At the start of our financial year the UK was still in its first lockdown, the property market was only just reopening, millions were furloughed, millions more deferring their mortgage payments and development activity had all but ceased. Against this backdrop, we have continued to increase our lending levels during the year.

“It has taken common sense, logic, a calm approach and decisive actions to navigate through this unprecedented time and these results are a testament to the extraordinary efforts of our colleagues over the last 12 months.”

Mr Grimes said the lender had also added “significant additional scale and depth” to its funding structure by raising or refinancing over £1.3billion of facilities in five transactions during the financial year.

This included issuing £500 million of senior secured notes in January and the first small balance commercial real estate mortgage backed securitisation in the UK since the global financial crisis in March. Since the financial year end, in September, it refinanced its £525 million HABS warehouse facility and launched its first ever public securitisation backed only by first charge residential mortgages. The additional funding leaves the group with over £1.4bn of pro forma funding headroom.

Mr Grimes added: “While the economy is performing much better than expected and is forecast to grow strongly, we expect that following government Covid-19 support schemes being withdrawn and increased changes in employment status many people may find themselves in a different position to how they entered the pandemic. With robust levels of capital and liquidity, Together is well placed to help increasing numbers of customers to realise their ambitions and to play our part in supporting the UK’s economic recovery.” 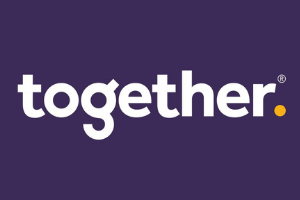