For many years, the UK has been given the unenvious title of being a hub for money-laundering, with UK enforcement agencies lacking the armoury to tackle the influx of dirty money.

The fast-tracking of the Economic Crime Bill, in response to the Russia/Ukraine conflict, is a further attempt by the UK to financially cleanse UK PLC, but there have been previous attempts to deal with an ever-evolving threat which have thus far served little purpose.

UWOs were lauded at the time by the likes of the National Crime Agency (NCA), who saw their introduction as a means to overcome the difficulties caused by POCA’s Civil Recovery Order regime. The Civil Recovery Regime was found to be wanting where, for example, evidence was hard to obtain because the focus of the investigation was a foreign national or had the support of a foreign regime.

We previously wrote about the introduction of UWOs, but in short, UWOs target people linked with serious crimes or who hold public office outside of the United Kingdom and require those individuals to explain their interest in a particular property (those with a value of at least £50,000), including the source of wealth that was used to purchase that property. Failure to comply with an UWO within a court prescribed fixed period of time gives rise to the risk that law enforcement will seek to make an interlocutory application for that property to be forfeited.

There has been high-profile success, particularly with the much publicised Zamira Hajiyeva case, and equally high-profile failures as with the Aliyev/Baker case. It is the latter which caused the NCA much publicised embarrassment in 2019, as well as landing the agency with a hefty legal bill; a stark reminder that UWOs should be used proportionately and only following a thorough investigation.

Indeed, since the Baker case, there have been no further attempts by the NCA (or other UK law enforcement bodies) to make further inroads into the regime – the SFO did not appear to have the appetite and said that it was “combing through” existing case work to identify matters where seeking an UWO might be useful. This stagnation rows against the tide that the Impact Assessment for the Criminal Finances Bill (the precursor to the Criminal Finances Act 2017) set when it predicted that there would be around 20 UWOs per year.

The Paper compared the UK regime with that of Ireland, which operated a similar regime. The Paper also noted that there has been a 100% success in Ireland such that “criminals have moved their illicit monies to other jurisdiction[s] … in fear of Irish seizure”.

One apparent problem in UWOs failing to have the much publicised bite lies in the pounds and pennies. UK Government agencies remain patently underfunded. The UK devotes just £852 million to tackle the influx of dirty money to the jurisdiction. This is notwithstanding the fact that fraud and money laundering cost the UK some £190 billion and £100 billion respectively. Within this landscape, the NCA has had a budget cut of 4.2% resulting in 35% drop of money laundering prosecutions since 2016.

In the eye of the Russia/Ukraine storm, the UK is aiming to bolster law enforcement bodies’ power to tackle the sources of dirty money. Amongst other powers, the UK will introduce a register on which the beneficial owner of a UK property must be declared and have their identity verified by Companies House. This register will seek to obviate webs of shell company, complex corporate transactions and shadow deals.

Renewed energy and suggested additional government funds will also be devoted to properly exercising the power of UWOs, with consideration of a cap on the costs that law enforcement agencies would be required to pay if they are unsuccessful in their pursuit. It is likely that, if this is to be initiated, a number of questions would arise – both practically and in consideration of fairness and proportionality.

It remains to be seen, however, whether these reactionary steps will be sufficient to rid the UK of its status as a global hub for dirty money and, equally importantly, whether there will be a balance of the tackling of fraud with the preservation of justice. 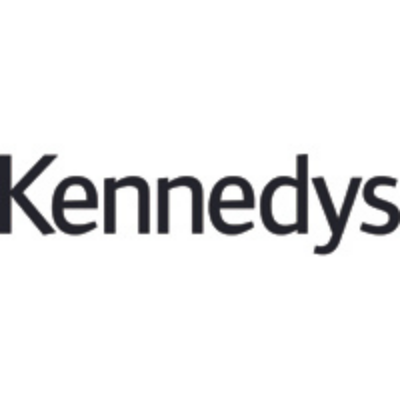 CMS is delighted to announce the hire of Tim McNamara to its expanding Real Estate Finance practice in Manchester, which […]
Read Article
x
Join pro-manchester