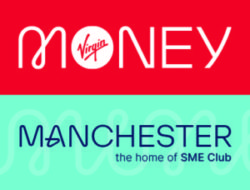 Ask the Experts at Quilter Cheviot

China Rising – the growing importance of the Chinese A-Share market

Today I’m going to turn my attention to China. That in itself is something I think every investor is going to have to do in the next 10-20 years. Away from the more dramatic political machinations, we are all getting very used to companies such as TikTok, Alibaba and Tencent, and it’s fairly likely that in a diversified portfolio you might well have exposure. It also won’t have escaped the attention of most of you that the Chinese stock market has been on something of a tear recently. But what about the longer-term future of the Chinese stock market and its place within a diversified portfolio?

Let’s start by talking about the Chinese A-share market, or the onshore market. This is something that has fascinated me for a while, particularly some of the nuances of the market versus other parts of the world. On the one hand it has characteristics of the major developed markets – it’s very large and liquid – but it also lacks some basic instruments such as a futures market.

The A-share market is heavily dominated by retail investors, who are estimated to make up around 80% of daily trading. The time horizon for the average Chinese retail investor is noticeably short; more akin to a lottery ticket than what we might consider a long-term investor, with holding periods measured in days and weeks in most cases.

Locally based domestic fund managers are not so dissimilar. Turnover in portfolios managed by local Chinese asset managers is often in the 300-400% range and can be higher. In the UK or US, that number would typically be up to 100%, but some are as low as 20%. It’s interesting that for all talk of intellectual property theft, in the world of fund management, the idea that long term is ultimately the way to win has yet to take hold. For anyone with a willingness to invest for the long term, there are likely to be regular buying opportunities given the market dynamics. This is backed up by the performance of active managers – it’s been a pretty fruitful place to invest with 94 of the 103 managers with a five year track record within the IA China universe ahead of the MSCI China Index.

When thinking about China from a fund research perspective, investors do have to think about whether they should buy an emerging markets or an Asian manager or a fund solely investing in China? Today we do both, but are heavily skewed towards more generalist funds.

There are pros and cons to both approaches. A specialist might be expected to have greater knowledge of the specifics of China, although plenty of generalist funds with large teams might claim equal knowledge. Many will have analysts focused specifically on China, which will account for a decent proportion of holdings. EM and Asian funds do have the ability to compare the opportunities in China versus other equally interesting economies such as India or Vietnam however. That would seem to give the edge to the generalist, but I think it ultimately comes down to finding the most skilled managers across both the regional and China-focused universe, of which we have come across a few.

There are longer-term considerations behind treating Chinese exposure as a separate entity in a portfolio, in the way we consider Japan for example. The argument in favour is that the progression of China within global indices, with an ever increasing weight, along with the natural growth rate of the economy, should mark it out for individual attention. Let’s not also forget that China is already the world’s most populous country and second largest economy. It’s a fairly compelling long-term argument in my view, although perhaps we need a few more years..

Interestingly, despite quite a spate of China fund launches in the last three years, flows haven’t been that great. Taking the IA onshore China sector, the 37 China specialist funds manage £14bn in total – a reasonable number, but there is around ten times that invested in EM and Asia funds. Looking across at the investment trust space, there are actually only three China specific trusts, with the most recent one being last week’s announcement that Witan Pacific is being passed to Baillie Gifford to be run as a China mandate. As it happens, we have just passed the ten year anniversary of the largest China trust, Fidelity China Special Situations.

So what does the future look like for the region? Well one clear trend is that larger asset managers are beginning to open offices in China in order to be better tuned in locally, As I mentioned earlier, this is another area where active managers have a clear advantage, at least if you select the right one. I’m not sure local managers with extreme turnover are quite for me, but some more familiar names have done well so far. We may not have seen a lot of flow into funds, but I think this will change over time.

I think that will be coupled with China being seen as a separate entity within portfolios, but we are just a little bit early for that. However you are investing, it seems an incredibly compelling opportunity – a market value rapidly growing within global indices, and an environment that is incredibly inefficient in many ways, and ripe for active management. As for recent performance, well buyer beware in terms of the volatility, but so long as you are thinking longer term, I think it’s hard to ignore the market. Recent years may have seen scepticism around the sustainability of China’s debt or growth rate, but the country still has a long runway of development ahead of it.. Perhaps the biggest risk remains a fundamental shift in the view of the Chinese communist party given the number of state owned enterprises and companies clearly heavily linked to the political centre, but today that doesn’t seem to be the direction of travel.

Please find a podcast from Quilter Cheviot to accompany this article here. 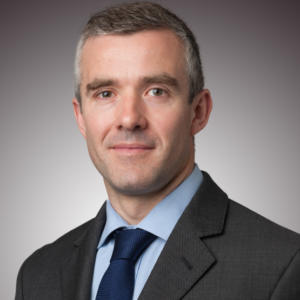 Nick Wood is Head of Fund Research at Quilter Cheviot, leading a team which has dual research responsibilities for both Quilter Cheviot and the Quilter Investors Multi-Asset team. Nick previously work at US asset manager Capital Group for 10 years, and investment consultancy Stamford Associates. Nick graduated from Birmingham University with a degree in Economics and a Masters in Russian and Eastern European Studies. He is a Chartered Financial Analyst (CFA) charter holder and an Associate of the Charted Institute for Securities and Investment (CISI). Externally, Nick sits on the investment committees of King’s College London and the Cystic Fibrosis Trust.

Patents are one of the most well-known types of intellectual property (IP). However, what can be patented is often less […]
Read Article
x
Join pro-manchester