Is EPC the wrong measure of a building’s ‘green-ness’

Is EPC the wrong measure of a building’s ‘green-ness’

All the chatter about Net Zero, carbon footprints, embedded carbon, etc. is part of the everyday reality for property valuers like me, because the assessment of buildings’ energy efficiency is reflected in the assets we value.

In a post-COP26 world, the Government’s ‘green drive’ has truncated its energy efficiency targets from achieving Net Zero emissions by 2050 (as outlined it the 2020 Energy White Paper), to the April 2021 target of reducing emissions by 78%, by 2035.

The relevance for anyone involved in the built environment is that the targets’ revision  includes minimum EPC ratings for domestic and commercial properties – and the changing goalposts therefore impacts the value of their assets. In a nutshell:

How feasible is this green route map? According to Rightmove’s survey of over 15 million homes across England & Wales, about 1.7 million houses do not have the potential to achieve an EPC rating of C or higher (irrespective of how much is spent to improve them).

According to Government research, around 85% of non-domestic rented stock does not currently meet the proposed band B requirement.

The Government believes that these measures are necessary because building stock is responsible for almost 40% of the UK’s carbon emissions.

So where do these proposals leave us? There is little doubt that changes to minimum EPC ratings are required if the Government’s 2050 zero emissions targets are to be met. The issue is, will it introduce legislation which could result in around 10% of UK housing stock never being able to meet the required EPC rating – irrespective of any improvements made.

The Government’s plan could also result in 85% of commercial property requiring remedial work in order to continue to be let.

The current combination of escalating costs, supply chain issues, shortages of skilled labour, and energy costs hikes has led some to speculate about the likelihood of these ‘strategic green imperatives’ being implemented and, whether they will deviate from the current drafts – after all, the world’s post COP26 fervour seems to have mellowed in the face of the Ukraine/Russia war and the subsequent global energy crisis.

Against this backdrop many landlords are faced with an almost Rubik’s Cube conundrum:   should they act now to allow themselves time to prepare for the inevitable, or should they wait to see if the Government softens its proposals.

As a Valuer, I too wonder what impact this will have on property values. Given the fact that the limited supply in the Private Rented Sector (PRS) has already resulted in significant rental prices increases, anything which risks reducing rental stock even further will be a cause for concern, as it could lead to a two tiered valuation approach comprising:

Perhaps, just as the Ukraine/Russia war ‘influenced’ governments’ fuel priorities, so will the threat of crippling a chronically under supplied market – which only comprises just under 10m rental homes. Reducing the number of available rental properties could accelerate the escalating pressures on rental prices and, imposing the need for expensive retrofitting could frighten landlords out of the market – Chancellor Osborne already tried that with his Stamp Duty tariff on private landlords.

Perhaps stringent EPC rulings could even have an impact on votes – a significant influencer as we gear up for a potential 2024 General Election.

Therefore, could an election threat soften the Government’s thinking?

Perhaps, instead of focussing on EPC ratings, the emphasis should be on carbon – in particular, Net Zero -strategies. Incentives to install a heat pump or electrical heating system will not improve a property’s Energy Efficiency Rating (EER), but it will significantly improve its Environmental Impact Rating (EIR).

What an elegant solution this could prove to be, balancing voters’ needs for rental accommodation/homes and demonstrating commitment to COP26 ambitions. 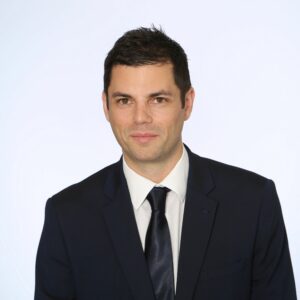 Richard has 10 years’ experience in carrying out valuations throughout the North West.  He values commercial and residential properties for all purposes, including loan security, matrimonial, probate and asset valuations.

As a Scouser living in Manchester, Richard struggles to go and watch his beloved Liverpool FC as often as he would like. Instead, most of his spare time is spent watching Peppa Pig with his young family!

Do I need a Wealth Manager?

Deciding whether to engage with a wealth manager or manage your own investments is a big decision. Not everyone needs […]
Read Article
x
Join pro-manchester