Ask the Experts from Kuits Solicitors

What can SME business owners learn from the Bezos divorce?

Earlier in the year, Amazon CEO Jeff Bezos and his wife of 25 years, MacKenzie, announced their divorce. Considered to be the world’s wealthiest man, Jeff has an estimated fortune of around $137 billion.

While it is worth stating that the US family law system is very different to that of England and Wales in many respects, a similarity is that during the course of a marriage, your financial assets usually become entwined − for example, a business can be considered as much of an asset as the matrimonial home.

What happens to my business upon divorce?

Every marriage and divorce is different. However, when dividing assets in England and Wales, the Court takes into account a number of factors, including:-

How can I protect my business from divorce?

While we would certainly expect the matrimonial pot to be substantially bigger for the CEO of Amazon than that of most SME business owners, divorce is likely to have a major impact on your business; therefore, pre-nuptial and post-nuptial agreements are invaluable in terms of wealth and asset protection and should always be considered upon entering into a marriage, founding a business whilst in a marriage, or indeed at any stage thereafter.

Remember that any decision made by the courts of England and Wales will be based foremost on the financial needs of the parties taking into account what is fair and reasonable in the circumstances, especially in a lengthy marriage such as that of Jeff and MacKenzie Bezos. 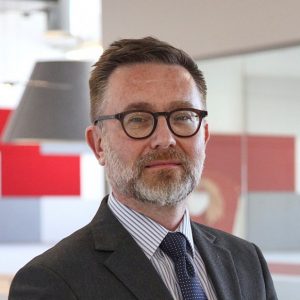 Michael Gregory is a Resolution accredited specialist in advanced financial provisions and children matters, and is a Law Society accredited family panel member.

With a caseload of business and professional clients, Michael advises across the full spectrum of Family law matters with an emphasis on high net worth financial cases and asset wealth protection, through cohabitation and nuptial agreements. Michael is regularly instructed on cases where there have been overseas divorces, lottery wins, complex business structures and significant changes in financial circumstances between separating and divorcing couples.

Manchester’s Office Market: How to make a building work for its occupiers

Manchester’s thriving business community, and in particular the central business district in St Peter’s Square, is on the up. Today’s […]
Read Article
x
Join pro-manchester