What’s next for the North West economy?

What’s next for the North West economy?

The first half of this year was difficult for businesses, who had to deal with coronavirus restrictions affecting how they operated. Since restrictions loosened and lifted, businesses have become more positive about their prospects for the year ahead. At ICAEW we conduct a study every quarter, the Business Confidence MonitorTM (BCM), in which we survey chartered accountants across the UK to find out how the businesses they work for are performing, and so get an impression of how the economy is doing. The latest results show that businesses in the North West are optimistic following the challenging start to 2021.

We are pleased to see that the BCM for the fourth quarter of 2021, published in November, found that businesses in the North West are highly confident, having seen large increases in sales from the lower levels earlier this year when restrictions were in place. Our report shows that confidence is now well above the historical average for the region and there is a positive outlook for 2022.

The BCM found that domestic sales and exports have grown in the North West since the easing of coronavirus restrictions. Domestic sales were 3.2% higher year-on-year in Q4 2021, while exports had risen by 1.9% over the last year, slightly more than the national rate. Businesses also indicated that they anticipated even stronger rates of growth in the year ahead, as the recovery gains more impetus.

Because of the increase in sales, businesses had started to increase their employee numbers. Year-on-year employment growth in Q4 2021 was 1.6%, and businesses said they expected a further 3% increase for the year ahead, a near record rate for the region. As the labour market recovers, so too should average total salary growth. After barely changing during the pandemic, companies planned a 2.9% increase over the coming year.

Businesses may also be planning to increase salaries to tackle some of the issues that they are dealing with in the labour market. Many companies were struggling with labour shortages as they competed with others to recruit staff at the same time. Consequently, 38% of businesses said they were struggling to recruit people for non-management roles, and 26% were struggling to recruit for management roles. Both are record rates for our region since the BCM began in 2004. Difficulties in recruitment were also shown by 43% of businesses reporting staff turnover as a growing source of difficulty for them, a record high for the North West.

As well as labour market challenges, transport problems were widespread, cited as a pressing issue by 34% of companies. This is the joint-highest rate since the survey began and probably reflects difficulties with freight capacity as demand surges, including a shortage of HGV drivers. It is also possible that businesses have had difficulties in adjusting to new Brexit-related procedures and border controls. Adding to these obstacles, regulatory requirements were more widely cited in the region as a growing challenge than elsewhere in the UK. Again, Brexit may be part of the explanation here.

The BCM indicates that there are still challenges ahead, however businesses in the North West are optimistic and well placed to capitalise and achieve substantial growth in the coming months.  The North West has a fantastic breadth of expertise in the fintech, digital, and manufacturing sectors, which should help with the continued economic recovery. At ICAEW we want to see every region of the country achieve its full potential and we, and our members, will be working with businesses to help them reach their goals into 2022 and beyond. 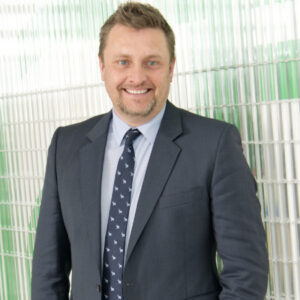 Justin Kyriakou is Regional Director for the North West & Midlands at ICAEW, prior to this he was International Development Manager with AAT, a fellow accountancy body.

Securing funding & investment – everything you need to know

Innovation is an expensive occupation. The rewards can be great, but so is the upfront cost. You need money to […]
Read Article
x
Join pro-manchester