Ask the Experts at DWF

Workplace culture is critical to the success of any business. With social and cultural norms changing at an unprecedented level, it is essential for employers to create an inclusive environment. The combination of the #metoo campaign and the removal of Employment Tribunal fees has reportedly led to a 69% increase in sexual discrimination claims being brought in the UK.

Creating a safe environment does not just avoid expensive litigation.  Sexual harassment in the workplace can lead to a numbers of issues including: poor performance, high turnover of staff, grievances and a tarnished reputation.

The campaign against sexual harassment began in earnest in October 2017 when a tweet was shared on social media by Alyssa Milano, asking anyone who had suffered sexual harassment to use the #metoo to help gauge the magnitude of the problem. The tweet has been shared a reported 19 million times.

Following this there has been a revolution in claims of sexual harassment in the workplace, with a number of high profile employers and public figures hitting the headlines for falling below the required standard.

The issue is being taken seriously with a number of consultations and reports from the Equality and Human Rights Commission and the Women and Equalities Committee, seeking to address sexual harassment in the workplace.  Non-disclosure agreements (“NDAs”) are also in the spotlight following the Harvey Weinstein scandal.  In this context, NDAs essentially require the parties to a settlement agreement to keep the details of the issue confidential.  The government launched a consultation in March this year considering whether NDAs should be watered down.  It has been suggested that there should be improved clarity over allowing reporting of criminal issues to the police and requiring all NDAs to highlight permissible disclosures (such as disclosing the matter to regulators).

When are employers liable?

Employers can be held vicariously liable for any actions by their employees which are carried out “in the course of employment”.  There have been decades of case law considering the boundaries as to what constitutes “in the course of employment”.   We have seen an increasing number of cases from office relationships to inappropriate behaviour on work socials to offensive messages on social media, where employers have been found to be liable for employees conduct outside work and only in the clearest of cases where an employee is outside work and not in a work environment or group of any type, will an employer escape responsibility for an employees action..  Employers do have defence if they can show they took all reasonable steps to prevent the employee from doing the act complained of.

Having clear policies on equality, harassment and bullying is of paramount importance as is promoting a culture of inclusion and appropriate conduct.  Employees need to have an understanding of the potential consequences of their behaviours and of any breach to the rules.  Under the Equality Act 2010 Statutory Code of Practice, reasonable steps might include: 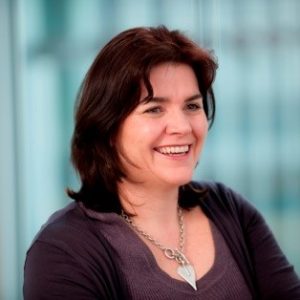 Kirsty is the Executive Partner for DWF’s Manchester office and is the gender lead on DWF’s Diversity Committee. Kirsty was shortlisted as a leader on diversity and change at the ENEI awards this year for her work on leading change within the organisation, promoting diversity, agile working and health and well being.

Why is technology talent “not” joining your organisation?