The nervous wait by the phone. The jumpy conversations with special advisers. The jostling for the media spotlight. No matter their self-confidence or political reputation, most Ministers will have set off on this well-trodden path earlier today, with some still waiting to know their fate. In the first reshuffle since the pandemic began, the Prime Minister has taken the opportunity to cast aside those who failed to make the grade over the past 18 months, and reorganise his Cabinet just over two weeks out from Party Conference.

It was only ever a question of when. Rumors have been circling around the Westminster bubble for months that Boris Johnson would re-energise his ministerial team and recruit new blood to tackle the challenges that are facing post-pandemic Britain. Number 10 is desperate to restore public confidence in the government following countless policy U-turns, belligerent backbenchers, and a very public resignation from Matt Hancock. Gavin Williamson’s sacking as Education Secretary kicked off proceedings – ongoing issues plaguing the department over schools reopening and exam results meant that his departure was no great surprise. Nadhim Zahawi has been rewarded for his role overseeing the vaccine rollout, taking up the post and securing his place in the Cabinet.

Just over a month from making headlines for being on a sun-lounger in Crete while Afghanistan fell to the Taliban, Foreign Secretary Dominic Raab was the major political casualty of the day following a lengthy conversation with the PM – he replaces Robert Buckland as the new Justice Secretary while also taking on the role of Deputy Prime Minister. Former International Trade Secretary Liz Truss has been promoted to Foreign Secretary, following an impressive display at the Department for International Trade. Johnson will be hoping that her knowledge of forging new trading relationships makes Truss the prefect salesperson for Global Britain.

Given the government’s difficulty in selling its flagship Planning Bill to its own backbenchers, Robert Jenrick’s tenure as Housing and Communities Secretary ended abruptly – with former Cabinet Office Minister Michael Gove now taking over at MHCLG, while also retaining his responsibility for protecting the Union. A veteran around the Cabinet table, Johnson is fully aware of Gove’s ability to reach out to all sides of the party and steer through tricky pieces of legislation and will be counting on his onetime leadership rival to not only see off threats of Scottish independence, but get the biggest shake up of planning regulations in a generation across the finish line.

Elsewhere, Nadine Dorries was confirmed as the new DCMS Secretary, taking over from Oliver Dowden who becomes Conservative Party Chair and Minister without Portfolio. She inherits a busy diary in the run up to the introduction of the Online Safety Bill and the establishment of a new data protection regime. A number of heavy hitters also managed to make it through the day unscathed – with the Budget in sight, Chancellor Rishi Sunak’s stay in Number 11 continues, as does Priti Patel’s spell at the Home Office. Kwasi Kwarteng holds on to his position as Business Secretary, while Ben Wallace remains at Defence.

As the dust settles and the chaos of moving day draws to a close, attention will soon swing back to the policy agenda and business of governing in a post pandemic world. It is no secret that the government has struggled to press forward with its legislative objectives, frustrated by the unpredictable nature of pandemic era politics. Number 10 will want to look back on today as being the moment when crisis management governance came to an end.

Westminster politics is the show that never ends – those who have emerged today a little higher up the pecking order will know that the stage is constantly set for their demise – while those sent packing will be hoping this doesn’t mark the end of their political careers, rather a brief spell waiting in the wings.

We are expecting the Government to release a full list of new junior Ministers and departmental responsibilities later this week, in the meantime the new Cabinet level positions have been announced and are included below.
Information correct as of 18:30 GMT 15/9/21 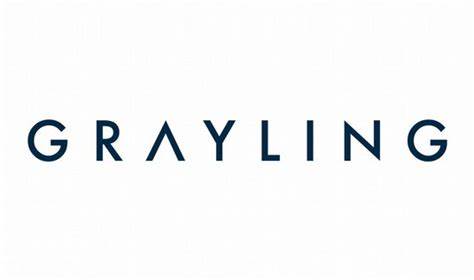