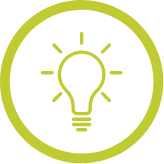 Is the UK open for business?

Is the UK open for business?

11 April 2022 saw the introduction of new Global Business Mobility (GBM) routes into the UK’s immigration system. GBM is a new set of sponsored routes to assist overseas businesses with establishing a presence in, or transferring workers to, the UK.

The GBM routes replace previous business mobility provisions such as the Intra-Company Transfer route, representative of an overseas business and aspects of the Temporary Work – International Agreement route. It sees the introduction of five new immigration routes, summarised below.

This route replaces the Intra-Company Transfer Long-term Staff provision, which multinationals relied on to transfer existing workers to the UK for a temporary period of time.

The inclusion of this category under the GBM has resulted in a few changes which employers should be aware of. The general salary threshold has increased to £42,400 gross per annum (or the going rate under the role, if higher). Another change is that those granted permission to enter or remain from 11 April 2022 will no longer be able to undertake supplementary employment.

The requirement that workers must have been with the same sponsor group overseas for 12 months (unless they are a high earner earning at least £73,900 gross per annum) continues to apply, as do the limitations in relation to how long workers can stay in the UK (Senior or Specialist Workers can typically spend up to 5 years in any 6-year period in the UK).

This replaces the Graduate Trainee provision of the former Intra-Company Transfer category of the Immigration Rules.

The inclusion of this category under the GBM sees a slight increase to the general salary threshold to £23,100 gross per annum (or 70% of the going rate, if higher), and like Senior or Specialist Workers, Graduate Trainees are no longer permitted to undertake supplementary work. UKVI have removed the limit of only being able to assign 20 Certificates of Sponsorship (CoS) each year. Apart from a this, changes to for graduate trainee rules are little more than a rebrand.

The Global Business Mobility – UK Expansion Worker route is for overseas workers who are undertaking temporary work assignments in the UK, where the worker is a senior manager or specialist employee and is being assigned to the UK to undertake work related to a business’s expansion to the UK.

Unlike its predecessor, workers seeking permission to enter as UK Expansion Workers will need a Certificate of Sponsorship, so will need a licensed sponsor. The sponsor will need to be a branch or wholly owned subsidiary of an established overseas business, and to succeed with a UK Expansion Worker application, the business must not be trading in the UK.

The Service Supplier is a rebrand for those previously sponsored as Contractual Service Suppliers or Self-employed Independent Professionals under the Temporary Work – International Agreement category. It is defined as follows:

The Global Business Mobility – Service Supplier route is for overseas workers who are undertaking temporary work assignments in the UK, where the worker is either a contractual service supplier employed by an overseas service provider or a self-employed independent professional based overseas, and they need to undertake an assignment in the UK to provide services covered by one of the UK’s international trade agreements.

Regardless of which option is relied upon, as was the case under the International Agreement category it replaces, the worker must have worked for the organisation overseas for 12 months, the UK organisation must sponsor the worker, and the UK and overseas organisations must have a genuine contract which must be covered by a UK international trade agreement and which must have been approved by the Home Office.

This final GBM category comes out of left-field, and we feel it is unlikely to be much-used.

A Secondment Worker is defined as follows:

The Global Business Mobility – Secondment Worker route is for overseas workers who are undertaking temporary work assignments in the UK, where the worker is being seconded to the UK as part of a high value contract or investment by their employer overseas.

So what counts as high value? GBM guidance confirms:

Do Existing Sponsors need to do anything?

Organisations that held a sponsor licence under the former provisions should have received correspondence from UKVI which confirms that, for the routes that are replacing former categories, the new route will be added to their existing licence from 11 April 2022. The Register of Worker and Temporary Worker licensed sponsors has already been updated; ICT licence holders now hold a Global Business Mobility: Senior or Specialist Worker / Graduate Trainee licence.

Aside from these changes, we have noticed in recent weeks that the Home Office is contacting sponsors who haven’t logged into the Sponsor Management System for the past 12 months, reminding them that regular review is essential. We recommend that sponsors log in at least once a month to avoid these checks being made. 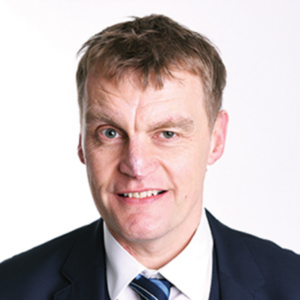 Gary has practiced UK-inbound immigration, nationality and refugee law for nearly 30 years. Since forming Latitude Law in 2007, the firm has grown to become one of the UK’s largest regional suppliers of immigration advice to corporate and private clients. As well as managing a 12-strong legal team, Gary is a regular trainer, conference panellist and media commentator, and is a visiting lecturer in international and domestic human rights at the University of Law.

How to protect the safety, health and wellbeing of your colleagues who work remotely

Many organisations are now having to balance the health and wellbeing of their employees, with the need to grow profitable […]
Read Article
x
Join pro-manchester