Ask the Experts at Ward Hadaway

Demurrage and quay rent – whose liability is it anyway?

There was very little festive cheer towards the end of last year if you were trying to import or export goods. The serious congestion at the Ports of Felixstowe, Southampton and London Gateway caused by what, in keeping with maritime analogies, was frequently described as a “perfect storm” unfortunately meant that for many in the supply chain it was more a case of  “A Nightmare Before Christmas”.

The spikes in the volume of cargo entering the UK due to Christmas, companies Brexit stockpiling, France’s closure of the border with the UK over fears relating to a new coronavirus strain, capacity constraints from the implementation of COVID secure working practises, and much needed empty containers piling up in the wrong places all combined to cause significant congestion and delays  at UK ports.   This had an impact on all elements of the supply chain irrespective of size with even the perceived big players being hit.

Whatever the causes of the recent congestion, someone somewhere is paying the cost as a consequence of it.

When cargo arrives at a port it is given a certain amount of time that it can stay there for free, before it needs to be moved out. Charges known as demurrage and quay rent will be placed on the shipment if it is held up for some reason, such as awaiting transportation or still clearing customs, after this free time has expired. In addition, detention charges are applied to container equipment after it leaves the terminal when it is still in use, regardless if full or empty, beyond the allotted number of free days.

Who is responsible for demurrage charges is an age old problem with significant financial consequences for the liable party. Such charges all too often wildly exceed the cost of replacement equipment or even the value of the cargo itself.

The Director General of the British International Freight Association (BIFA) commented that BIFA members were being inundated with claims for detention and demurrage fees notwithstanding that they are not responsible for and have no control over the service delays and congestion.

The International Federation of Freight Forwarders Associations (FIATA) meanwhile commented, whilst some carriers took positive steps to work with other groups in the supply chain to develop more fair and efficient practices as the crisis evolved, others were threatening high charges for failure to return empty containers on time even in the case where congestion had made it difficult or impossible to do so.

Whilst the pandemic may have amplified the situation, the issues relating to the reasonableness and fairness of detention and demurrage charges are not exclusively confined to the current unprecedented times.

Typically in response to a claim for demurrage and detention charges a freight forwarder will argue that they acted solely as agents, are not a party to the Bill of Lading and incur no direct liability towards the shipping line to pay the additional charges. It is, however, difficult to succeed with such an argument as it is common for the broad definition of Merchant to include anyone acting on behalf of the shipper or receiver of the goods.

In the absence of a change in carrier practises, forwarders are likely to be at continued risk of carrying the can for additional charges, and will look to pass on these charges to other parties in the supply chain.

Demurrage and detention charges are often outside of the forwarder’s control, but there are steps which can be taken to minimise the chance of situations increasing the risk of unpleasant and hefty additional charges from cropping up:

Above all, it is important for a forwarder to act promptly and not to simply ignore any demand for such charges in the hope that they will be held harmless because it is not their cargo. You should keep the customer informed of all delays, send regular notices holding them responsible, and look at steps taken to incorporate any standard terms and conditions into the contract which usually help protect the right to recover these charges. You should seek legal advice on the circumstances before making key decisions.

If you are, for example, the importer, not only do you fall within the definition of Merchant but the forwarder who is initially held liable by the shipping line will look to you for an indemnity and may retain possession of the goods until the additional charges have been paid. Demurrage charges resulting from the delays may therefore have come as a very unwanted surprise to many unwitting Merchants this Christmas. Exporters should try to manage their schedules efficiently and dispatch goods as far in advance as possible, liaise with their forwarding agent to ensure a good knowledge of customs clearance processes and port regulations, and have a Plan B to assess alternatives in the event the goods need to be re-routed.

The deal on trade and the future EU and UK relationship struck on Christmas Eve maintained tariff and quota free access to each other’s markets provided the relevant origin rules are satisfied. Customs formalities will apply, although certain simplifications will be available at the outset or over time.. In some areas the UK has accepted greater friction for trade within the EU and increased documentary formalities are likely to compound the problem of delay and result in increased delays to performance of contracts. The UK Government has recently published a report detailing the border changes for importers and exporters and the UK Customs Authority has estimated that 270 extra declarations will be needed each year for EU imports into the UK. So far there has been little sign of the much anticipated disruption from the new border rules. This is no surprise given the reduced level of traffic from the public holiday and some admitting to keeping their trucks off the road for the next few weeks because they want to ensure the new systems are fully bedded down and avoid their drivers being stuck in traffic jams such as those seen at the end of last year. It is likely to be some weeks before the full impact of the changes can be truly assessed.

In conclusion, demurrage poses a challenge to shippers large and small. Forwarders should not assume that such increased costs will be covered by their liability policies.  It can prove expensive and should not be ignored. Parties need to proactively manage any delay.

Whether you are an importer facing a forwarder’s demand or a forwarder facing high charges from a shipping line, you should consider taking legal advice early to resolve whose liability is it anyway. 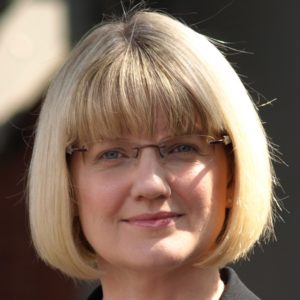 Melissa is a Managing Associate in the Commercial Litigation Team of Ward Hadaway. She works in a number of sectors but most notably in commercial, marine and insurance litigation. Melissa has considerable experience of claims and recovery actions arising from domestic and international carriage of goods by road, sea and air. Her experience also extends to warehousing claims and liaising with Border Force and HMRC following the seizure of goods or access of containers by clandestine entrants.

“Turnover is for vanity, profit is for sanity, but cash is king” may be a cliched phrase but is overlooked […]
Read Article
x
Join pro-manchester