Inflation expectations: Cause for concern or economic recovery?

Inflation expectations: Cause for concern or economic recovery?

Following on from a significantly challenging 2020, much of the positive momentum created in the final quarter as a result of Covid-19 vaccination optimism carried over into the beginning of 2021. However, despite a strong economic recovery including lower unemployment rates and higher retail sales, inflation expectations are now causing market rallies to stutter somewhat.

The battle against inflation

To avoid disrupting the economic recovery experienced following the easing of national lockdowns across the globe, central banks such as the US Federal Reserve, Bank of England and European Central Bank have all reiterated their plans to continue quantitative easing for the time being while keeping interest rates low. This is in their bid to continue seeing more money flow back into the economy and further stimulate growth which has been lost due to the recent lockdowns.

Now we are seeing a slight return to ‘normality’ and economic activity is beginning to improve, there has been a significant uptick in demand for certain products for which suppliers have had to increase their manufacturing in a short period of time. However, suppliers have been caught on the backfoot as a result of the speed of recovery and are therefore struggling to keep up with the accelerated demand and this is resulting in supply chain shortages. Higher inflation has also been driven by ‘base effects’, particularly in energy costs because we are comparing annual rates against April 2020 when oil prices had fallen dramatically.

Having explained why inflation is becoming a widely discussed topic, it is now worth moving onto how this impacts investors. Equity markets have been climbing fairly consistently since the Covid vaccination announcement at the end of 2020 but in recent weeks have become more volatile because inflation concerns could cause central banks to halt quantitative easing and raise interest rates sooner than suggested.

Inflation concerns become even more pertinent when the price of goods are not just rising but are accelerating, like what we are seeing within commodities market, such as oil and copper, as well as typical household goods and microchips.

In the US, the CPI jumped 0.8% in April, beating expectations of just 0.2%. This contributed to the annual figure climbing 4.2%, the fastest pace in twelve years. The year-on-year figures are likely to appear high for several months to come as most parts of the world had imposed lockdown restrictions to tackle the virus this time last year.

In tandem with the rising price of goods is a falling unemployment rate and rising salaries which further suggests a strengthening economy and short-term labour shortages. As the UK progressively opens its hospitality industry, unemployment rates have started to decline. US Payroll figures in April, however, were still more than 750,000 below pre-pandemic levels, suggesting there is still some way to go. In the US, forecasters wildly missed the mark as 266,000 jobs were created in April, significantly short of the 1 million predicted and this seems to have been related to labour shortages due to a fear of Covid as well as a lack of enough childcare provision.

Is inflation here to stay?

While for the most part, the economic data is driving inflation expectations, central banks, most importantly the Fed, have said that the rise in prices is likely to be transitory. Once suppliers have comfortably caught up with demand, the value of goods is expected to normalise. The Fed has stressed that these price changes are only momentary and markets should remain calm.

It is worth looking at what the world was like pre-Covid and whether inflation was ever a concern. For the most part, it was predominantly the opposite opinion with concerns that inflation was actually too low. Central banks mostly cut interest rates across 2019 and hawkish rhetoric about the economy overheating, which sparked a stock market sell-off at the end of 2018, disappeared almost entirely.

As rising inflation means central banks may have to tighten monetary policy, some investors have turned bearish.

In our view, investors should not be too concerned about inflation at this stage. This does not mean to disregard it completely, however. It is important to maintain a diversified portfolio which should include some protection against inflation, whether through holding shares in companies that have the ability to raise their prices over time or more direct inflation-protecting assets such as inflation-linked bonds. In the meantime, your exposure to inflation protecting assets should be seen as part of your normal portfolio allocation. 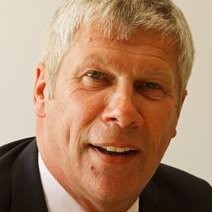 Simon has over 30 years experience in the advice and Investment Management profession , working with IFA and Private Banks focused on meetingthe needs of clients. He has held senior roles with Lloyds Private Bank, Natwest IFA and more latterly Head of Financial Planning at Wesleyan sounderstands the challenges of delivering quality financial advice to the Dental sector.