The majority of 2020 presented financial challenges in some way to most, and throughout the first couple of months this year we may still feel the toll that it’s taken. Stress and finances are closely linked with half of UK adults feeling regularly or occasionally stressed or overwhelmed due to their financial situation. Schroders Personal Wealth Money & Mind Report 2020.

At Schroders Personal Wealth (SPW) we have developed a unique scoring system, in a collaboration with Lloyds Banking Group and Warwick Business School, and can reveal that the nation’s financial health score has been calculated as 52 out of 100.

The scores reveal that the majority of us are on top of our financial basics, which is the day-today running of household finances and we are also on top of our borrowing and any debt we have accrued. Worryingly the scores plummet when it comes to financial planning which includes protecting against the unexpected and planning for the future.

Our findings show that the North West fairs well against the average of the nation when it comes to their finances but that doesn’t mean that there isn’t more to do to support those living in the North West.

However nearly three-quarters of people across the North West say that there are barriers which prevent them from being able to save more. Not earning enough was deemed to be the biggest barrier for a third of people which could be attributed to the rising costs of living in the region.

This coupled with nearly 40% of people feeling concerned about the variability of their income month to month and 11% of people either not knowing how much to save or how to make a savings plan, it’s no wonder that finances are seen as complex and evoke feelings of stress and worry across the region.

It is no surprise that people across the UK value similar things when it comes to financial wellbeing. Being debt free and being in a position to be able to save scored the highest across every region when asked what would give people peace of mind when it came to their finances. So whilst the nation scores highly on being able to manage their borrowing effectively, debt levels are still a huge worry across the UK and in the North West. This was also heightened throughout the lockdowns last year with a quarter of the UK reported that they had missed a bill payment.

Across the region we can see that many people derive a sense of wellbeing through being able to spend money on enjoying experiences with their family. However, being more confident in managing finances and having a plan also scores highly across the North West with over a third of people say that having a plan would increase their financial wellbeing. This is something that we’re hugely passionate about at SPW and we want to encourage more people across the UK to engage with their finances and start to plan whether that’s in partnership with a financial adviser or on their own.

Retirement is an interesting topic and it’s no surprise that it comes up a lot when we talk to our clients about planning for the future. Pensions and retirement are often seen as complex, hard to understand and something to think about in the future rather than now.

We believe that we need to challenge and encourage ourselves to engage in our longer term financial plans so that we understand where we are and where we want to aim to get to.

There is no quick fix or magic wand to change this but all of us could make a difference by starting to normalise the conversation of money with our close friends and family. And so I ask you, when was the last time you spoke to a family member, colleague or a professional about your finances?

If you are interested in how financial advice could help you, you can book your free consultation, with no commitment here. 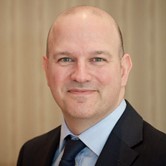 Steve Renfrew is a people centred leader, focused on customers and colleagues. He has over 30 years’ experience in regulation and 25 years leading Wealth Management and Private Banking businesses. Steve enjoys the challenge of breaking into new areas or developing new thinking for the benefit of customers.

Be where the good ideas can find you

One of my favourite sources of knowledge and inspiration is ‘Medium’, a platform that describes itself as being ‘where good […]
Read Article
x
Join pro-manchester