Back Home » Growth and Connectivity in the North West

Growth and Connectivity in the North West

This will bring together industry and North-West leaders to discuss transport’s role in delivering the Government’s ambition to  “build back better, build back greener and build back faster, and to unite and level up the regions”. We will discuss how rail investment should be used to generate improved connectivity and economic growth in the North West, and in particular how we ensure that the development of HS2 complements existing infrastructure and acts as a catalyst for job creation, improved productivity and community regeneration.

WCPD is the Shadow Operator for HS2 – partnering with DfT and HS2 Ltd to design, develop and operate future HS2 services. It is part of the West Coast Partnership franchise that also delivers operates Avanti West Coast. The webinar will last one-hour, and through the online question and answer function you will be able to ask any questions live to the panel.

To register please book here. If you have any questions that you would like the panel to answer please submit these when you confirm your attendance and we will do our best to ask as many as we can during the roundtable.

We would be delighted if you could join us for what will be an important discussion at a critical time for the development of infrastructure and growth in the North West. We look forward to hearing from you. 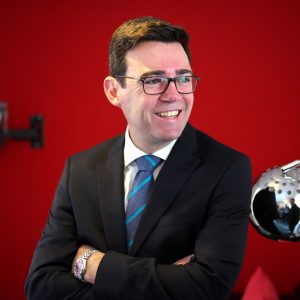 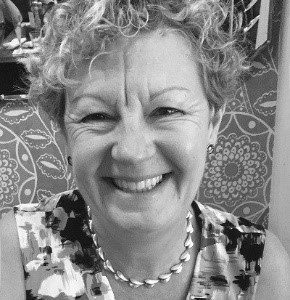 Caroline Donaldson has a wealth of experience in the transport sector, joining the industry in 2002. Prior to taking up her current role of Managing Director of West Coast Partnership Development Caroline led the successful First Trenitalia bid for the West Coast Partnership franchise. Previous experience in the transport sector includes various roles at Network Rail and at London Underground. Caroline is also a Chartered Accountant and holds a degree in Mathematics from Cambridge University and an MBA from Cranfield School of Management. 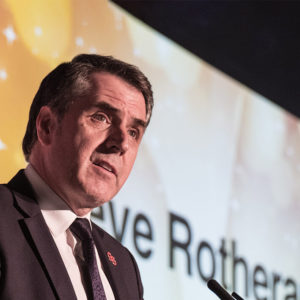 One of eight children, Steve was born and raised in Kirkby to a stay-at-home Mum and forklift truck driver Dad. After leaving school with few formal qualifications, Steve began a bricklaying apprenticeship. He went on to run his own building company before working for the Learning and Skills Council.

He began his political career when he was elected to serve as a councillor in 2002, representing Fazakerley on Liverpool City Council and held the ceremonial title of Lord Mayor of Liverpool during the city’s European Capital of Culture year.

In 2010, Steve was elected as the Member of Parliament for the Liverpool Walton constituency. During his time in Westminster he led campaigns for justice for the Hillsborough families; in support of blacklisted workers; for compensation for those suffering from mesothelioma and asbestosis; and to change the law on the use of old tyres on buses and coaches.

From 2015, Steve served as Parliamentary Private Secretary to the Leader of the Opposition, Jeremy Corbyn, before successfully seeking the nomination to be Labour’s candidate for Metro Mayor of the Liverpool City Region.

In May 2017, Steve was elected with 59% of the vote and has overseen almost a billion pounds of investment, as well as delivering half-price bus travel for apprentices and implementing the pioneering Households into Work programme 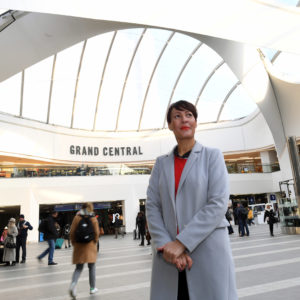 Natasha joined the Rail Industry as a Customer Service Assistant in March 2002, following 7 years in Aviation. She has held a variety of roles throughout her 18 year rail career at Virgin Trains and now Avanti West Coast.

Natasha’s experience is rich and diverse having held roles across the business in customer experience leadership positions, commercial roles including Brand Manager and Head of Brand, and within the HR Team as Head of Talent and Engagement. She also led the delivery of our customer experience during the London 2012 Olympics. 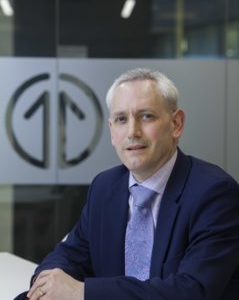 David Hoggarth has extensive experience in rail strategy, services and projects, having previously been the Director of Development for West Yorkshire Combined Authority and the lead on rail strategy.

He has a mix of public and private sector experience in transport planning and, before working at West Yorkshire Combined Authority, he worked for JMP Consultants and the City of York Council. 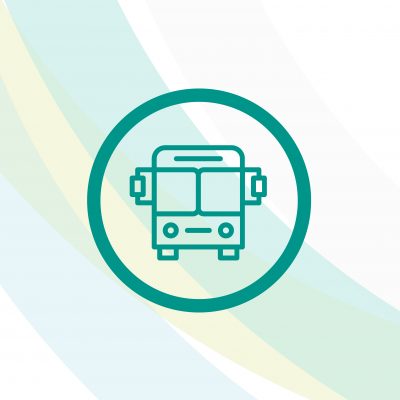 Read Blog
Related Transport and Infrastructure Blogs
UK railway privatisation: Where did it all go so wrong?

As the COVID-19 crisis progresses, we brought the pro-manchester sector committee chairs together to discuss the impact on their industries, […]

Guest blog by Eleanor Bryan, EY, explaining the Embankment Project for Inclusive Capitalism (EPIC). The idea? In order for society […]

Read Blog
How is Greater Manchester’s transport and infrastructure set to change in the next 12 months?

Read Blog
Better Connected – what impact does transport have on the economy?

Guest blog by Ian Morris, Partner, Newgate Communications  “Truly exciting” and “we should definitely be doing it” was our new […]

Blog by Ilona Alcock, Sector Group Manager, pro-manchester GM’s own EV charging network, GMEV, has been live since 2013, and […]

Transport for the North (TfN) released their Strategic Transport Plan to much fanfare this month. It lays bare the outline […]

Guest blog by Chris Peacock, Head of Grayling Manchester When the railway timetable chaos hit over the summer, the transport […]

Read Blog
Transport and creating a voice for the North

Birthplace and engine of the Industrial Revolution, Manchester also led the way in transport infrastructure. The original ‘Northern Powerhouse’ had […]